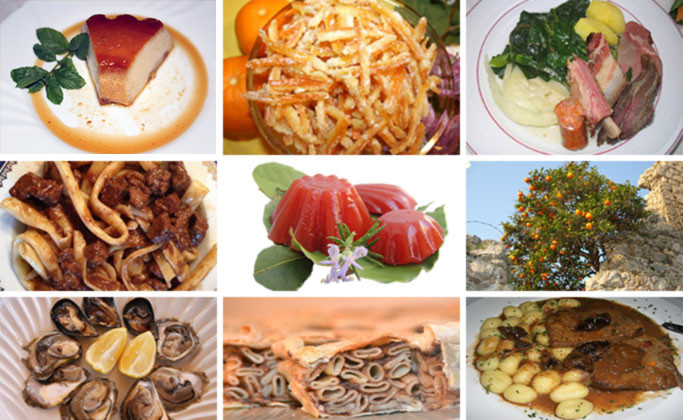 During your stay in Dubrovnik you can taste a diverse range of natural and juicy food, prepared according to the recipe of old Dubrovnik chefs. Dubrovnik restaurants and taverns offer something for everyone and will delight every guest. 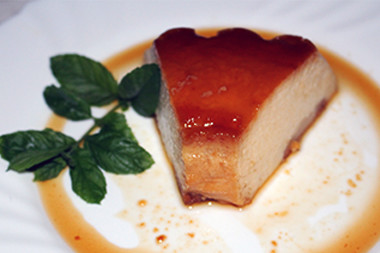 The flavour of Dubrovnik rozata will delight all lovers of sweets, prepared in a water bath (traditionally called Banja Marija), and spiced up with unique flavor of sweet caramel and liqueur of roses, usually tasted with homemade fruit liqueur. 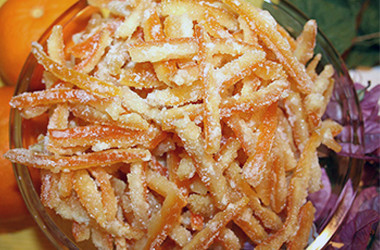 Candied orange or lemon peel is a traditional delicacy, which is unique in the fact that it is done with domestic unsprayed oranges and lemons that grow in the gardens of Dubrovnik region. Dried and decorated arancini and limuncini are served as candies. 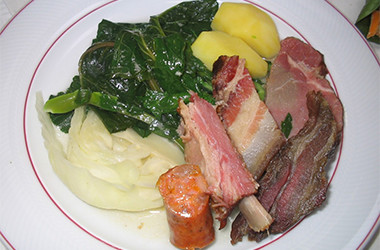 Lovers of meat dishes will certainly enjoy the delicious delicacy made of dried mutton meat (kastradina) and sausages complemented by green and white cabbage and kale.

This special cake, made with almonds and cream, is the unique sweet delicacy typical for Dubrovnik area. The adjoining flavors of roasted ground almonds with the liquor of roses or maraschino provide special enjoyment in this sweets. 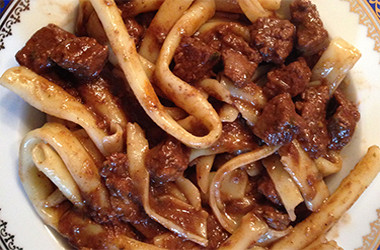 Tasty delicacies prepared from meat sauce and domestic macaroni traditionally prepared for the Feast of St. Blaise when friends and family are coming in the City for the glorious celebration of the Saint and the procession. 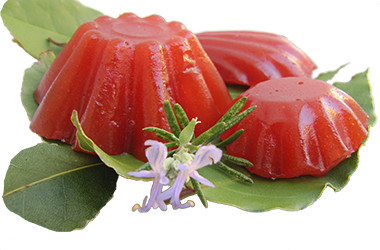 Dubrovnik dessert which is made from quince. Prepared long and patiently, according to traditional recipes, kontonjata is an excellent dessert that housewives proudly, at leaves of laurel, serve to family and dear guests. 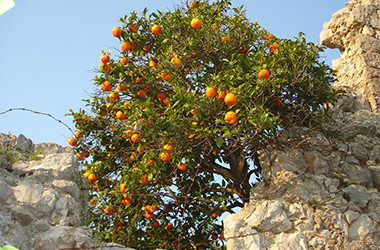 One of the most famous specialties of the southern Dalmatian coast are oysters and musselsof which the best that are grown for centuries in Mali Ston near Dubrovnik. The nobility of the Dubrovnik Republic considered them as excellent delicacy. Oysters are commonly eaten raw and spiced with lemon juice while mussels are eaten cooked in a sauce of olive oil, parsley and other ingredients (known as mussels à la buzzara). 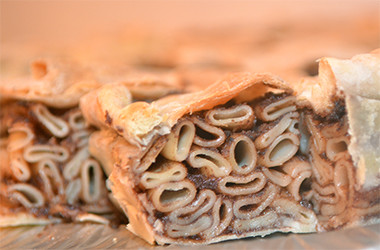 Of the many delicacies of the Dubrovnik region with its uniqueness stands out Ston macaroni cake. This cake of unusual appearance made from macaroni and stuffing of walnuts and almonds with lemon flavor is the traditional gastronomic delight that is regularly prepared in Peljesac homes. 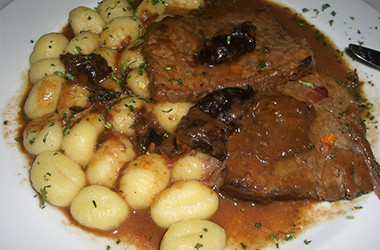 The traditional dish, called Pasticada, demands a lot of effort and time and is known throughout Dalmatia. Is prepared of sirloin, spiced with bacon, garlic, carrots and cloves, often with figs or plums and served with homemade gnocchi. Beef stew is traditionally served for celebrations such as birthdays or festivities.

Dubrovnik with its extensive range of offer provides something for everyone. Besides many restaurants with live music, you can continue to experience night life in nightclubs, discos or walking the streets listening to serenade street singers. Some of them are located on the Stradun - main street, but most in the surrounding streets. 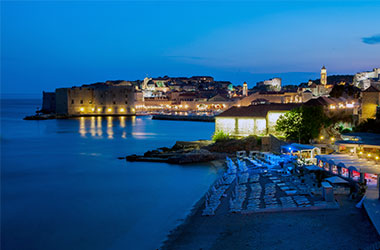 A nightclub, a restaurant, the beach! Eastwest is a trendy place to spend a whole day! Set at the beachfront overlooking the most spectacular view of the Old City of Dubrovnik it offers all the luxuries a visitor could ever dream of: private sandy beach, trendy bar and stylish restaurant lounging the afternoon or night club for partying night away.