Visit some of the most popular touristic destinations in Dubrovnik and its surrounding, southern Dalmatia and neighboring countries with one of excursions. 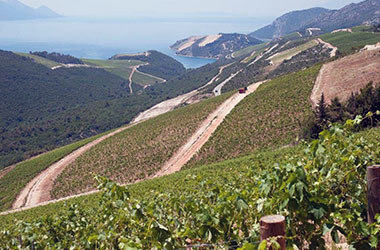 Korcula Town is also surrounded by city walls and it is one of Croatia's most romantic coastal towns which became a top destination of numerous cruise lines. Visit the most famous winery's and taste the best Croatian wines . To see the directions to the location, click 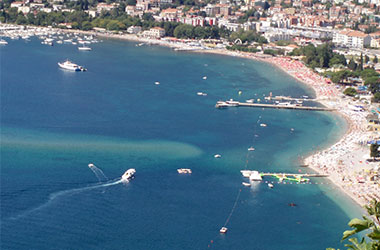 Montenegro blue is a full day tour along the coast of Montenegro, unique in many ways, and a place that will not leave you indifferent. Join in exploration of Montenegro's contrasting natural attractions, interesting history, culture and tradition. 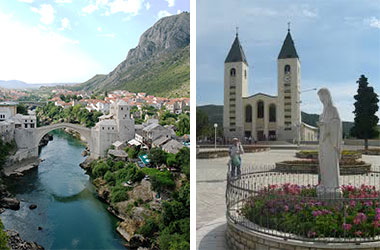 Mostar is a place in Bosnia and Herzegovina, where Neretva river divides a cultures and religions over the centuries. Just some 30 minutes of ride from Mostar is town Medjugorje, a unique phenomenon in the modern world, a sacred place which gathers a multitude of pilgrims from all over the world. 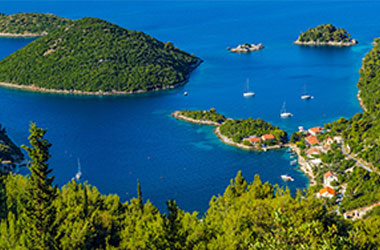 Island Mljet is one of the most beautiful and the most wooded Croatian islands. Visit the western part of the island and National park with its two salt water lakes surrounded by forests of Aleppo pines and cypress. In the middle of a big lake there is Benedictine monastery and the church of Saint Mary. 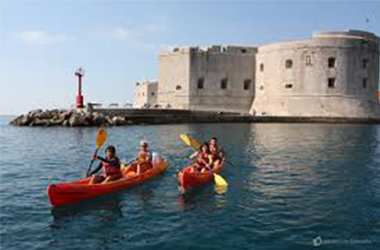 Paddle into the unforgettable adventure! Kayaking in Dubrovnik is something that surely is not going to leave you indifferent. This kayaking adventure is fairly easy and suited for everyone.The tour lasts up to 4 hours and will show you the beauty of Dubrovnik and island Lokrum. 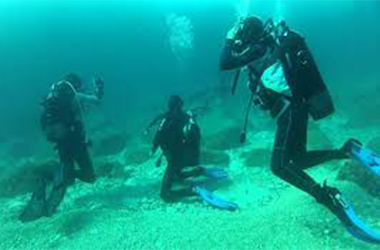 If you are looking for a great scuba diving experiance in Croatia, Dubrovnik is definitely the best choice.There are plenty of wonderful diving sites in the Adriatic sea, but the underwater world around Dubrovnik is one of the finest with its amazing flora and fauna. The southernmost diving area in the Adriatic sea is renowned not only for its clear water, but also for its plethora of fish and marine animals, some of which can rarely be seen in the north Adriatic. See further information about the most beautiful Croatian diving sites and see for yourself the breathtaking beauty the Dubrovnik underwater world has to offer. 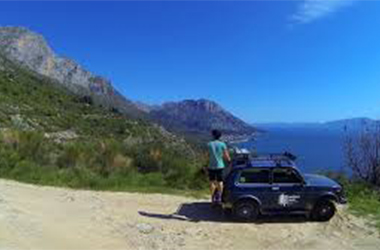 Ride in air conditioned jeeps will give you the opportunity to explore Konavle and surrounding villages, and their beautiful landscapes.Adventure begins drive to the mountains Velji Do, from reaching the scenic view of the ancient Dubrovnik and surrounding areas, and on the island of Mljet. Then climb to the top of Elijah, with mountain ranges that look at the two neighboring countries, Bosnia-Herzegovina and Montenegro. Then go to the southernmost town of the Dalmatian coast and the Croatian, and it's a little fishing town Molunat. 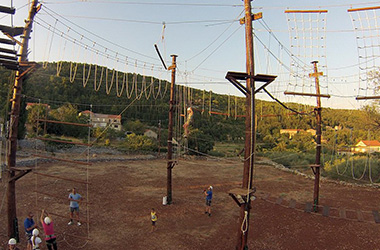 Adrenalin Park Sveta Ana is situated in a little paradise called Poljice in Konavle, in Dubrovnik countryside. The village itself and the environment are an ideal spot for fitness and relaxation. Some of key factors for physical and mental growth are nature and recreation, and the adrenalin pushes personal limits and releases stress. Adrenalin Park is suitable for everyone and is intended to be an outings spot for children as well as elderly people and families.